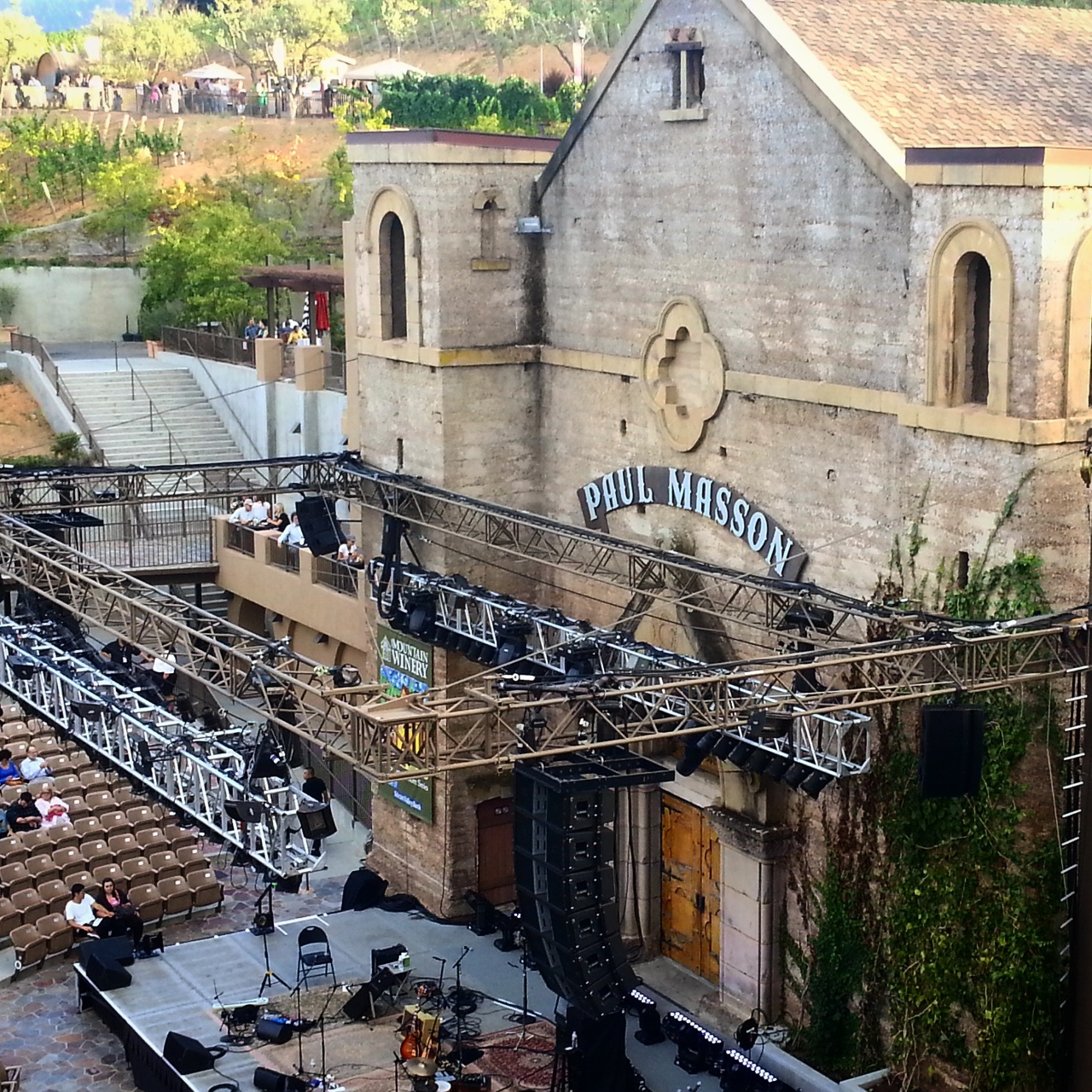 I love live music, and The Mountain Winery is one of my favorite places for that. On Monday, I got an email about upcoming shows at the venue and realized that there were still tickets available for Nickel Creek, with The Secret Sisters supporting. One of the best things about The Mountain Winery is that it’s small enough that there is not a bad seat in the house, so I checked the ticket prices for general admission (bleacher seats) right away and texted my bestie to see if he wanted to come. After a little grumbling about going out on a weeknight, he agreed to go to the show with me.

We met up after work and drove up to the winery.

view from the parking lot

They don’t call it The Mountain Winery for nothing.

The downside of last minute plans is that neither of us had eaten dinner, so after paying for parking, we spent a small fortune on too-large portions and found a place to sit and eat before the show started. There were some comfy folding chairs overlooking the venue that had a pretty nice view, but we found out we could only sit there if they weren’t needed for disabled seating. Fortunately, we were able to stay there for The Secret Sisters’ set instead of moving down to the bleachers.

waiting for the show to start

our view of the stage

Although I knew a little bit about Nickel Creek and had heard a few of their songs, I was really there to hear Laura and Lydia Rogers and their beautiful voices. Their stage presence was very intimate and casual, both of them joking about their Alabama roots, their awkwardness, and their amazement at being given several unfinished songs by Bob Dylan to do with as they chose. They performed one of those songs, Dirty Lie, and it was one of the evening’s highlights for me. Their style is a bit reminiscent of The Everly Brothers, with the close harmonies that perhaps only siblings can achieve.

After the Sisters finished their set, we were pleasantly surprised when we were approached by a Mountain Winery employee with whom we had spoken earlier. She had tickets for seats about 50 feet from the stage to give us. The show wasn’t sold out and we lucked out.  There is something to be said about being friendly!

view of the stage from our new seats

another view from our new seats

By the time Nickel Creek came out, most of the good seats were filled and the audience was totally enthusiastic. Clearly, most of the people there were very familiar with the band and their songs. It was all new to us, but what a show! Like The Secret Sisters, Nickel Creek takes its music seriously,  but with lots of humor.  Their set was varied, with quite a few instrumentals and a rocking rendition of Froggy Went A Courtin’ during the encore, just in case anyone forgot about the band’s bluegrass roots. 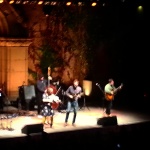 last song of the evening

Another fantastic concert at the Mountain Winery under our belts (other bands we’ve seen there: Peter Frampton, Heart, Robert Plant & Alison Krauss, and many more), we headed back down the hill to my car. Music for the ride home was Foreverly, an Everly Brothers tribute album by Billie Joe Armstrong & Norah Jones.

More photos from Monday at the Mountain… 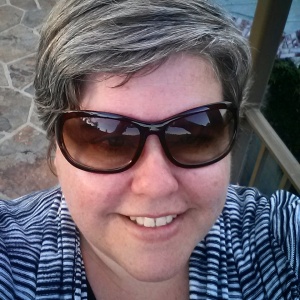 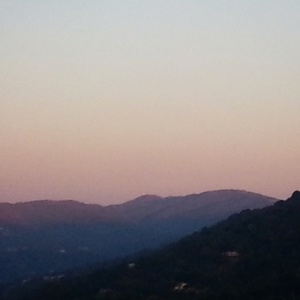