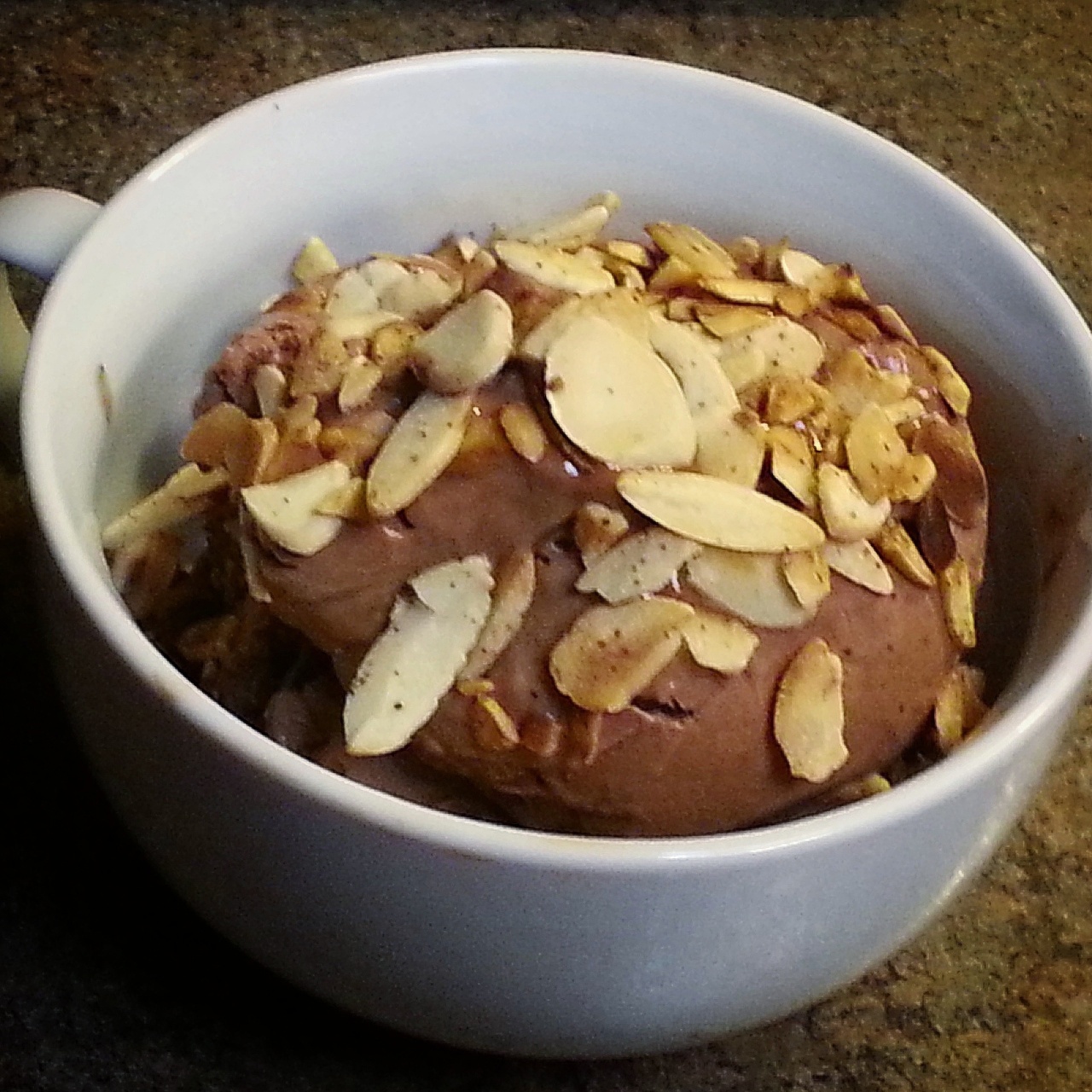 You may have noticed that almost all of the ice cream recipes I’ve made have been fruit flavors. Even the peanut butter ice cream had banana pieces. I’m planning an ice cream tasting party, though, and didn’t want the menu to be too one-note so I thought a chocolate based ice cream would be a good idea. I like chocolate, particularly dark chocolate, but would not be considered a chocoholic by any means. I’m also not into spicy food…unless it’s sweet spicy — I use ginger like it’s going out of style. One thing I do love is Mexican chocolate: hot chocolate with cinnamon and cayenne. I like it cold, too, and with coffee. The flavor combination makes a great iced blended drink!

I found this recipe online and made it last night:

I followed the recipe carefully, except for one addition. I’ve been reading Jeni’s Splendid Ice Creams at Home for recipes and tips. One thing Jeni does is to add a cornstarch slurry to her recipes to help keep a creamy and not icy texture. I added the slurry when my custard was almost cooked, which made for an odd texture in the saucepan, but the recipe called for the custard to be strained anyway, so I didn’t worry too much about it. It certainly didn’t seem to cause any problem; in fact, this recipe ended up being the creamiest batch so far, which just a hint of bitterness from the semi-sweet chocolate, unsweetened cocoa powder, and espresso powder.

I toasted up some sliced almonds with a shake of cayenne to serve with the final product…perfect! Next time, I’ll remember to step back from the pan, though, to avoid breathing in the capsaicin vapor released into the air during the toasting.

I guess I’ve decided on at least one of the flavors for my party! 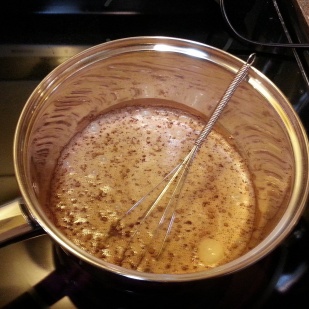 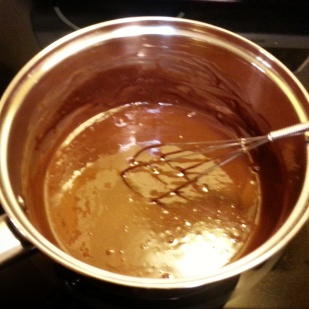