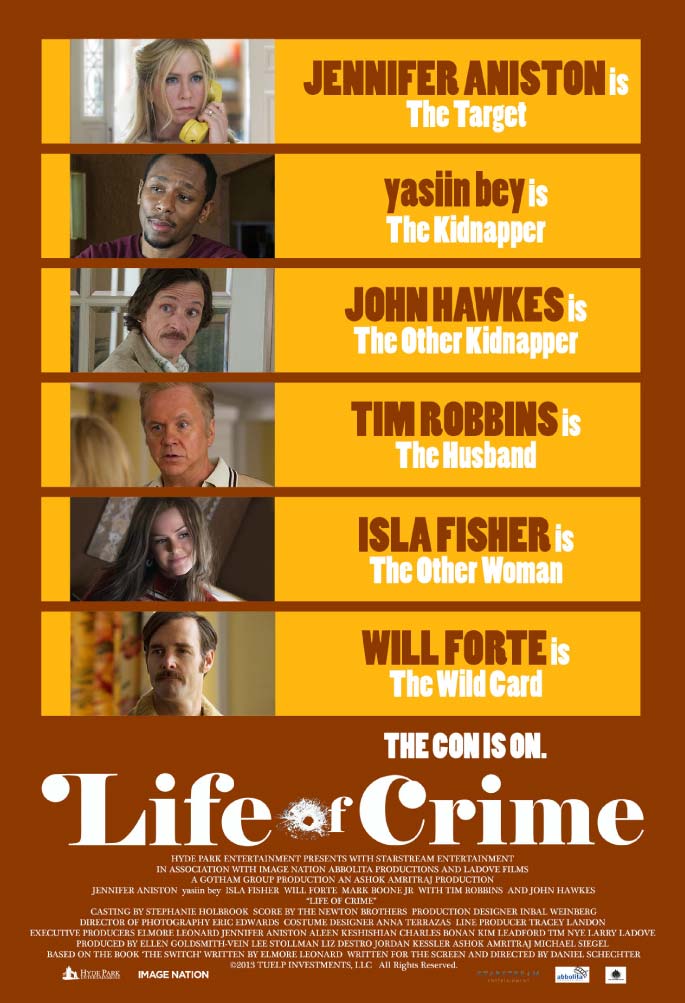 It’s no secret that my little sister and I didn’t get along growing up, but the good news is that we are really close now. We even lived together for several years as adults, but split into two households about 1-1/2 years ago. She stayed in our hometown of Santa Cruz with her two sons, whom she’s raising as a single mom. In case that’s not impressive enough, she’s a year away from earning a Master’s degree in Social Work..so we don’t always find a lot of time to hang out.

Last Sunday, we got together for some sister time. We went to one of my all-time favorite movie theaters, The Nickelodeon, in Santa Cruz, to see Life of Crime. The first movie I remember seeing at The Nick is The Compleat Beatles, a documentary narrated by Malcolm McDowell. The Nick is a small (4-screen) independent theater, which mainly shows independent film. I love going there to see the Oscar-nominated short films every spring. Another reason to go there is the popcorn with real butter and brewer’s yeast (optional).

My sis doesn’t see movies in the theater very often, so I let her choose what to see. The previews that played before the movie looked great, which I tend to take as a sign that the movie I’m about to see will be good. I’m particularly looking forward to The Skeleton Twins and Frank. We both enjoyed the kidnapping caper gone wrong, which many reviewers are comparing to Ruthless People. I know I saw that one on VHS in the late 80s, but don’t really remember it. In fact, according to IMDb, the film was in development to star Diane Keaton back in 1986, but was shelved due to perceived similarity with Ruthless People.

Life of Crime, based on Elmore Leonard’s The Switch, has a small cast, including indie mainstays John Hawkes and Kevin Corrigan, musician/actor yasiin bey (who used to go by Mos Def), and the hilariously creepy Mark Boone Jr. Jennifer Aniston stars as the kidnapped wife of Tim Robbins, who might care more if he weren’t cheating on her with Isla Fisher. Add to the mix Will Forte and some truly tacky 70s fashion and you’ve got a fun movie. If you’re a peeping Tom, though, it might cure you.

After the movie, sis and I headed to a local artisan ice cream shop and back to her house for dinner before my nephews came home. They didn’t know I’d be there,so it was sweet to see their happy, surprised faces. I love my sweet family!

One thought on “Life of Crime”