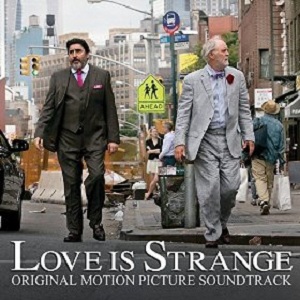 You’ve probably noticed that I’m a movie lover…but I don’t just enjoy watching films. I enjoy going to the cinema to see them. It’s one of my favorite things to do, with others or on my own. I can typically remember where I saw a movie and with whom — and if we’re friends, it’s a pretty sure thing that we’re going to see movies together. That’s what happened with me and Lynette. We met at work in 1997, and while we didn’t hit it off right away, it wasn’t long before we started talking movies. As we got to know each other better, we went out to concerts, took a cooking class, went out drinking and dancing, and had lots of dinners…but mostly, we went to the movies.

At some point, it became regular enough that we introduced each other to friends as “my Friday night movie date”.  Over the next 14  years, we must have seen at least 300 films together. I can’t remember what we saw together first, but I do remember the last one: Our Idiot Brother. According to Wikipedia, that came out in late August 2011. After that, Lynette started to cancel every week; the cancer that she had been struggling with had taken a turn for the worse, and before I knew it, a couple of months had gone by and I was visiting her in the hospital, which is where I saw her for the last time. We talked on the phone and texted a couple of times after that, but she was in a lot of pain and didn’t seem receptive to having visitors. On December 10, 2011, her boyfriend John called me to let me know that she was gone.

Since then, I don’t seem to see movies on Friday nights very often any more, but this Friday night was Lynette’s birthday. She would have been 45. I’ve gone to the movies on her birthday for the last couple of years…it just feels right, but there weren’t any cheesy romantic comedies out and I didn’t see any uplifting teacher/coach movies listed either: those were top genres for us. She often saved serious, dark films to see with John. I finally settled on Love is Strange. I know she would have loved it and that she would have been sitting in the dark, laughing and crying with me.

Love is Strange stars John Lithgow and Alfred Molina as a longtime couple who finally get married, causing Molina’s character to be fired from his job teaching music in a Catholic school. The reduction in the couple’s income forces them to sell their New York City apartment and stay separately with friends and family while trying to figure out their next steps. The film was character-driven and primarily about relationships, so I won’t go too much into the details of the plot. What I will say is that the portrayal by Lithgow and Molina of a partnership that has lasted for almost 40 years, with all the intimacy and all the tedium, is absolutely believable. Also spot-on was how quickly their supportive friends and family start to argue over who’s going to get stuck with them.

The film was full of beautiful, ordinary moments that felt true. It wasn’t a “message” movie, but there were certainly some takeaways about caring for your loved ones and taking risks that struck home for me, particularly in the relationship between Ben (Lithgow) and his great-nephew Joey (played by Charlie Tahan, who was also in the movie I saw today, Life of Crime — more on that soon). The supporting cast was very strong, the soundtrack was full of Chopin, and I fell in love with New York City all over again. There has been some criticism that the cinematography is drab; I found it refreshing to see NYC as a real place with real people in it. Sometimes, films set there seem to be so focused on iconography that the line between film and tourism ad becomes very muddy.

3 thoughts on “Love is Strange”